Continuing the stroll down memory lane (trail?), another item I used in my formative years of backpacking was an MSR Whisperlite International.

I remember when I first bought it and tried it out on the family patio.

A large fireball was created. The family dog ran away in alarm. And if I had leaned in just a smidge more, even my rather thick and bushy eyebrows may have been singed. 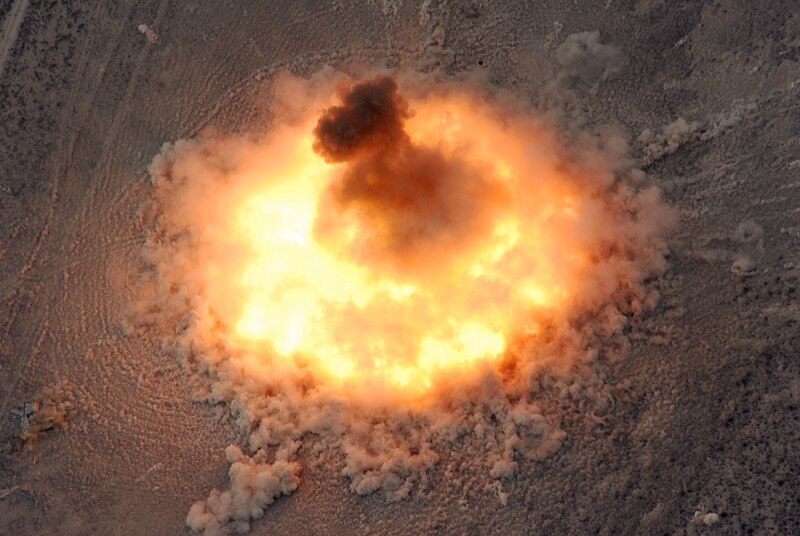 A slightly exaggerated view of my first time using a WhisperLite. From Wiki Commons.

But I persevered. Learned the fine of art of pumping it just so and learning to prime by adding the correct amount of fuel.  I received the blue flame of goodness.

Hot water was boiled. I ate my oatmeal and glop du jour in mere minutes.

But, as with many people, the trusty white gas stove has replaced by lighter and simpler gear. At $100 retail for this stove, other options are also far less expensive for the three season backpacker.

Other than a now, no longer made, Simmerlite received as a gift, my white gas stove use was mainly left behind.

But I still use a white gas stove despite it being somewhat of a legacy item from earlier backpacking years.

Would I recommend buying one?   It all depends. Inverted and remote canister stoves are being used more and more in winter  simply because they are easier to use vs the white gas stoves. But for large amounts of snow melting in a group setting, the white gas stove still seems to be a better bet.   However, for one or two people and quick melts and boils in winter, seems like the newer canister stoves have the edge.

A mix of canister and white gas stoves in winter. Photo courtesy of Andrew Skurka

Me? I really can’t justify another $80+ stove when I already have a stove that works perfectly fine for winter backpacking.  Though there are low-cost versions of the remote canister stoves, I have not seen any reports of them being used in deep winter conditions yet.   Just may have to test one out and write a “real” gear review! 🙂

Reports from various people mention those are probably more from alchie stoves at this point. Most hikers tend to use canisters stoves now. WG tends to be pretty much winter use only and the occasional person who has not bought newer gear.

A swell time over Thanksgiving ... @ramblinghemloc

@ramblinghemlock uses her gear and clothing for a

Into the canyon ... Another backpacking trip into

The November Light ... Of all the months on the Co

The winter season ... It's that time of the year w