A camping trip someone and I did over Halloween weekend. We went to the Florissant National Monument, a wolf sanctuary and swung by Garden of the Gods on the way back home.

During the late or early shoulder seasons, someone and I enjoy car camping. The high country is a bit cold and snowy with not quite enough snow for skiing,  We typically pick places that are not backpacking destinations but are places we've always wanted to check out. A chance to soak up the scenery, enjoy the surroundings and be immersed in an area in such a way that a day trip does not allow. By going off season, we often have the place to almost to ourselves.

We've already have gone on a trip to Golden Gate Canyon State Park a little earlier this season and had an amazing aspen hiking experience (alas, my memory card flaked out!).

Over Halloween weekend, we again opted to camp out. Rather than a costume party, being out under the Colorado night sky with a hot drink in hand seemed more appealing.

On Saturday morning, we made our way down to the Florissant Fossil Beds National Monument. This national monument is at the siye of an ancient lava flow from over 35 million years ago.  Preserved are an amazing collection of fossilized plant life, insects and other objects that are world renown. 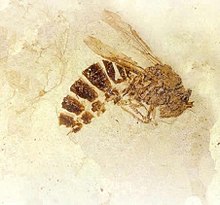 Though the national monument does offer some moderate hiking (which we did) and an interesting old homestead, the main attraction are the fossils and a moderate hiking loop that goes by the ancient remnants of petrified giant redwoods!

Some of the stumps were well over 14' in circumference.

The ranger at the monument was extremely knowledgeable about the area.  someone and I also had the opportunity to talk to an onsite geologist who is a retired college professor.  One of someone's passions is the study of fossils and minerals, so it was trip well worth taking.

After this trip, we headed to our destination for the early evening: The Colorado Wolf and Wildlife Center. This wolf rescue is a low key place and an obvious labor of love.  The places provides a sanctuary for endangered kit foxes, timber wolves, red wolves and other species that I must confess to not recalling!  The guides did a fantastic job of giving a brief overview of the biology and the personal stories behind each wolf.

The sanctuary requests that no lens larger than 70mm be brought in so I opted to bring my P&S camera for the weekend.

After the tour, there was a rather large fire ring, hot chocolate and wildlife trivia.  The fire ring featured that quintessential American campfire treat of smores!

Though someone has been here for about a decade now, she did not try smores until about a year ago.  The combo of Graham crackers, marshmallow and chocolate seems to please her, though. 🙂

At dusk, the wolves started to howl. The coyotes in the nearby foothills started to yip. And some local dogs joined in on the chorus. Last time I heard wolves howl was in/near Yellowstone back in 2006.  It was good to hear that sound again.

After our time at the wolf rescue, we made our way to Forest Service land and made camp for the evening. Dinner was made, hot drinks were consumed and we enjoyed the clear night sky of the Colorado mountains.

The following day we made our way back slowly. someone has never been to the Garden of The Gods , and I have not been since 2001, so we made a quick side trip.

The place was a bit too crowded for our tastes, but it is a beautiful area worth checking out. The red  rock formations reminded me of the  Lost Creek Wilderness further to the north and west.  As they were both formed as part of the same uplift, I am not surprised!

Plenty of places to stroll, do some 'real' hiking, road and mountain biking and even climbing. The price is right (free!) and is a place that is good for taking out of town relatives.

We made our way back home after this side trip.

Not a bad way to spend the Halloween weekend.  Our costumes consisted of down jackets, long underwear and wool hats…and it was the perfect way for us to spend the weekend.

Getting there: Easy! Take I-25S from Denver, head to 24 West. All the attractions are well signed. See each website for more details. Florissant Fossil Beds are the furthest from Denver and perhaps 2 hrs away.

Camping: Garden of the Gods, the Wolf Rescue and Florissant Fossil Beds do not have camping available.  However, both the  nearby Mueller State Park and the Riverside Campground are nearby and have year-round camping.  The state park is a little further away (not by much, though)  but is a bit more isolated in feel.

As mentioned, we enjoy these trips in the off season. Less people, more attention from the experts at the parks, etc.  Garden of the Gods is almost always busy!

Post Trip Nosh:  Downtown CO Springs has plenty of places to eat. Recommended to me by a local, but I have yet to try is Judge Baldwin's.  The first brewpub in "The Springs", it is something I'll have to try next time I am down that way!  (We ended up in an OK Tex-Mex type place. Not bad..not good).

If you get this twice it’s because I don’t think it went through the first time. Always good to hear from you, enjoyed the pictures. I send my love to Adrianna.